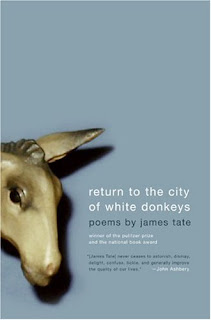 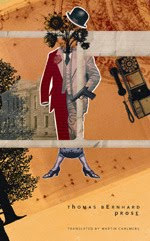 
I found James Tate's collection of prose poems Return to the City of Donkeys to be perfect for dipping into desultorily as during lulls at work or whenever a few spare minutes should arise over the course of the day. Nothing earthshakingly original or profound here, just quietly well crafted light entertainments in the mild to moderately absurdist manner spiced here and there with wit and whimsy. Nice stuff.


With the new English translation of Bernhard's 1967 collection, Prose, I must admit to being somewhat disappointed with the unevenness of these early stories. The best ones are the first three and my favorite of all is the opening story, "Two Tutors", which has all the hallmarks of his mature style: the obsessed narrator on the edge of insanity, the comically exaggerated language, the inexplicably weird series of events, etc. "The Cap" and "Is It a Comedy? Is It a Tragedy?" also deliver much of the searing wit I look for in Bernhard. These qualities are either absent or lack the coherence to be very effective in the remaining four stories including the long (40pg.) "The Carpenter" which ends the book. So, worth reading, but primarily for those first three.
Posted by andy linkner at 2:40 AM No comments: 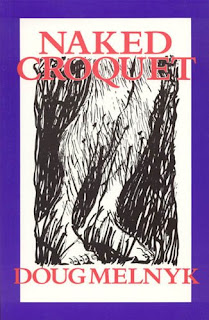 Canadian author Doug Melnyk's Naked Croquet is another very fine example of narrative fragmentation which fascinatingly coheres into something like the form of a novel. There definitely seems to be a distinct group of writers from north of the border practicing this technique including Lance Blomgren, Geoffrey Brown and most notably, Ken Sparling. Dating back to 1987 as it does, Naked Croquet precedes the published work of these other writers and might possibly(?) have served as their inspiration. Melnyk's book is one of the best examples of the form I've encountered so far with its continually surprising weirdnesses and its subtle profundities. I'm amazed that it seems to still be in print from Turnstone Press. Thanks to Stuart Ross for recommending this one.
Posted by andy linkner at 10:32 PM No comments: 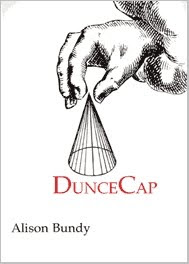 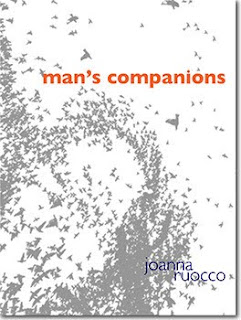 
The prose pieces collected in Alison Bundy's Duncecap are a bit difficult to generalize about because of the various genres and styles employed. Some are brief character sketches or vignettes reminiscent of the feuilletons of Robert Walser (a point made to me by Evelyn Hampton) while others are flash or microfictions which frequently display the elusiveness of prose poems. Some, on the other hand, are full length short stories which tend toward the style of the traditional fable. The most interesting and effective pieces for me were the "Walserian" vignettes and the flash fiction pieces which are some of the best examples of their kind with engaging wit and sly conceptual disjunctions. The longer works, while entertaining and absorbing, struck me as less distinctively original creations. All in all, a very stimulating read.


Joanna Ruocco's Man's Companions initially (the first 5 or 6 stories) had me very excited by the subtly intelligent humor and the perfectly judged lapidary quality of these mostly flash sized fiction works. There are quite a few in the first third of the book that are truly outstanding (e.g., "Canary", "Mice" and "Lemmings"). Unevenness begins to affect the later pieces though one fascinatingly quirky and original longer story ("White Buffalo") also comes along toward the end. I'm quite curious about Ruocco's novella The Mothering Coven after seeing what she's capable of in this book.
Posted by andy linkner at 4:02 AM No comments: 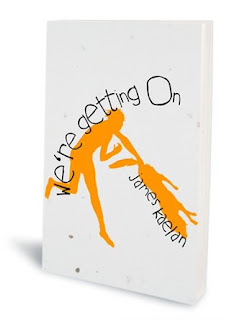 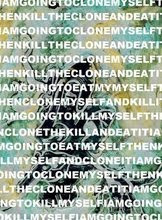 
James Kaelan's We're Getting On is a very absorbing novella which is quite clearly intended to pay tribute, as acolyte to master, to the work of Samuel Beckett. Readers familiar with Beckett's fiction and theater pieces will recognize multitudes of allusions, themes, images and uses of language directly referencing the older writer's oeuvre. The title itself refers to the famous final line from The Unnamable: "I can't go on, I'll go on." and the book begins with an epigraph from the same work.

Aside from its obvious function as homage, Kaelan's book is also a gripping and thought provoking story on its own. The writing is highly effective in conveying the coolly crumbling obsessions of the central character and the increasingly desperate circumstances faced by his band of followers as he proceeds to strip every last vestige of civilization from their lives in the remote, inhospitable, wilderness to which he has led them. If it doesn't completely rise above being a pastiche of its models, it nevertheless is a very satisfying two hour read.


I finally managed to get a hold of an elusive copy of Sam Pink's first book, I am Going to Clone Myself Then Kill the Clone and Eat It, and once again was laughing out loud and reading excerpts to anyone around who would listen. Yes it's totally twisted, despairingly negative and nihilistic but it's so, so funny, even eloquently and touchingly so in places, that everyone who appreciates the outer extremes of absurdity in literature must read this!
Posted by andy linkner at 5:13 PM No comments: